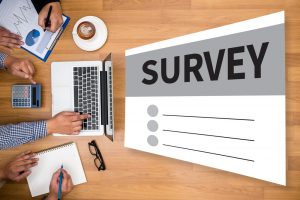 I’ve done a lot of ranting about surveys lately on twitter. (If you’re interested at all, just get on twitter an search my handle @lmeloncon and surveys.) I’ve continued these rants in print in two forthcoming publications: one  about empirical research in the field and about doing programmatic research in the field.

But as it was pointed out to me on twitter (thanks Breanne) the rant needs to be followed up with suggestions on how to do things better. So here I’m gonna focus on a few things that the forthcoming publications didn’t totally cover

Problems with our current models:

I’m gonna start with some definitions first so that we all kind of know what I’m talking about. This is important because as the empirical piece I mentioned above clearly shows—clearly shows—there are a ton of assumptions in tech comm about what something is. And unfortunately, a lot of those assumptions are part of the problem with poor research study design, particularly around surveys.

So first and foremost, a survey is a quantitative instrument. That’s what they are designed for, to get a lot of information from a lot people. Though, in tech comm, they often end up being used as a qualitative instrument because it’s “easy” to send out to “a lot” of people. These things are in quotes because a good survey is not an easy method and often it’s used in tech comm because it is easy to deliver.

It’s a quantitative instrument because it is supposed to study the sampling of a particular population. Sampling is also something that we often don’t do well in tech comm. You need to really think through who it is you want information from, why those are the best people, and are they really representative of the larger population your sample is standing in for. You often need a minimum number of folks in your sample to be able to draw any conclusions from the data outside basic descriptive statistics. Descriptive stats is not a bad thing, but a survey is meant to gather quantitative data that can be analyzed from a number of perspectives.

Keep in mind that surveys are meant to (in general) describe certain aspects or characteristics of a population, reflect attitudes of respondents, and/or test concepts or hypothesis. In many ways, a survey is an exploratory instrument that needs to combined with other methods to actually get the data that you may need to answer your research question(s). Most of the surveys in our field are cross-sectional surveys that are used to gather information from a specific population at a period in a time.
Most of the surveys in our field (as seen in the published research) aren’t robust enough to do even simple internal measure to verify their reliability and often the sampling methods are so weak it further diminishes the reliability and validity and trustworthiness of the results.

For example, it’s common for folks to send out a survey to a list serv around a big topic. A recent example was a survey about keywords and concepts in tech comm. First, as the programmatic perspective piece identifies, the sampling to the list serv immediately wrong foots this survey. Second the actual survey itself was poorly formatted with leading questions to name but one of the problems with it. The better way to use the survey as a method (though I believe interviews would have been a better method for what the researchers were really trying to get at) would have been to send the survey to those folks who clearly self-identify as tech comm scholars and teachers. This could be done by generating a list of those people who have published in the field’s journals or who teach in programs. This way the sampling would be more reliable and the results would have a better chance of being valid. And yes, it would be more time consuming.

Note: I totally and completely understand the time pressures (both perceived and real) around research. I get that. I also totally can figure out why certain research was done the way it was done. But my point is that we need to hold ourselves to a higher standard if our research is to ever be really usable and something we can build on and also share with other fields. 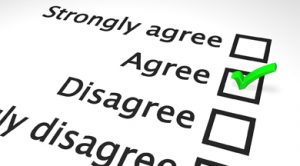 A survey and a questionnaire is often used interchangeably, which is an incorrect move to make. In the early days of surveys, the questionnaire was the technical part of the survey that contained the questions. Questionnaires is also a term that can be used to describe interviews and other research approaches. So it’s a tricky word that should also be defined. But with the advent of electronic technologies that make the distribution of the survey so much easier, it becomes important for all researchers—and those in tech comm—to have a better understanding of terminology. And if you don’t agree with my general definitions here, then just be certain that when you’re writing up your findings that you include definitions of what you mean so that readers can then interpret and use your results.

Now, a questionnaire can be more qualitative (with a few quantitative things thrown in) and delivered electronically. This raises that weird gray space of what do we call the thing that is mostly or solely qualitative questions delivered electronically? We’ve called this thing an “asynchronous interview,” but someone critiqued it as simply a “questionnaire.” Yes and no. It is a questionnaire, which is also the terminology used for semi-structured interview questions. The reason we coined this new term is because we needed a term that provided more description for what it was we were actually doing. We actually followed up with many of the respondents in ways that mirrored an interview. The problem is then what happens when this method is replicated without the original care and exigence?? That’s a question for another day and hopefully, researchers will actually read why we did what we did. I can assure to for that project it was no quicker doing it the way we did it compared to traditional interviews.

I digress. A big part of my problems with surveys is that when I click through them, most of the time it seems that the question being asked would be better suited to a different method, and most often that method is qualitative.

Yes, a survey can be a mixed-method instrument that includes qualitative questions, but I stand by my assertion that they are meant to be quantitative instruments. They need to have numbers so that sampling error can be minimized and that both internal and external validity can occur.

For me, a good survey is quantitative, replicable, systematic, representative, and impartial/objective (as any can be). This means it takes time to do one well. 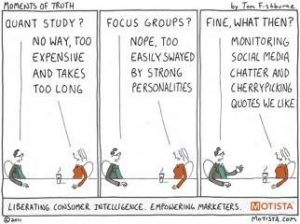 If you want to do a survey because you want or need quantitative data for your question(s), then you need to do them with more rigor in design and testing. Here are two books that are useful in helping you understand survey design: International Handbook of Survey Methodology, edited by de Leeuw, Hox, & Dillmanand Survey Research Methods by Fowler. And don’t be afraid to head over to psychology or education to take a methods course on surveys.

Keep in mind that I’ve done surveys. I’ve done them well and I’ve done them poorly. But I also knew that I had to learn how to do them better, which I did. And now it would be helpful to the field, if we all tried to do a better job with surveys to ensure that the data we’re gathering is actually good data and can be useful to the field’s knowledge building and work.