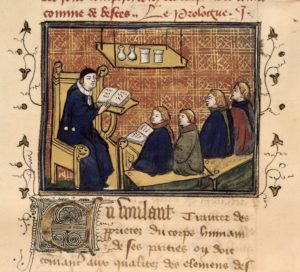 I have been looking at the academic job market in technical and professional communication (TPC) for years. I was originally working with Kelli Cargile Cook to finish the longitudinal study she started with Carolyn Rude way back in 2002, but both our lives intervened and here we are with data and no conclusion point (yet!).

In ongoing discussions about the broader job market in rhetoric and composition, I tweeted out that while rhet/comp has started to over produce graduate students there is still room for “tech comm specialists.” I was immediately asked to define what this phrase meant. And rightly so. It’s a statement that raises lots of issues about the field of technical and professional communication and its relationship to other areas of writing. I promised I would answer that question, but it definitely requires more space than a tweet. It’s also not an easy answer because it intersect with bigger questions of definitions of TPC and what the field values.

Before I get to directly answering the question, it’s important to know how I orient myself in the world, which is of course will directly affect my answer to this question. I had (have) a long work history in a large number of organizations where I did all sorts of things that I would refer to as technical and professional communication. I typically went into a company to help solve some sort of communication or process problem. So my view is directly influenced by the types of work and the kinds of related skills associated with that work that I saw and practiced. I didn’t just work for one company. I worked for 2-10 organizations in any given year. I did that full time for 18 years and then I’ve done it during breaks and such for the 12 years I’ve been in higher education. That’s a whole lot of organizations. So you have to know that my view is framed by this experience. 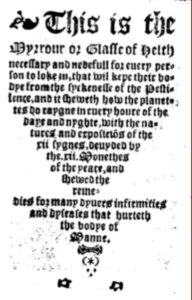 My view is also framed by two ongoing research projects. One is the #techcomm job market mentioned above. In that project, there were always qualitative spaces for information, and I’ve supplemented Kelli’s methodology and methods with additional interviews of folks who are hiring people. And hey, they are hiring people to do some research, but mostly, they are hiring people to work in a program and in a department. The majority of folks want a colleague who can contribute to an existing program. That doesn’t mean folks aren’t open to change or new ideas, but programs have objectives and even when updating those objectives you want folks that have a sense of larger programmatic issues and how to get students from point A to point B. One needs a sense of the field (both academic and professional) to build and to sustain and more so, to teach in a program. That’s part of a what a tech comm specialist needs to understand to: programs are about students. Your research is about you. (Those two things may not easily overlap.)

So that leads to the other thing that influences my views, my longitudinal work on TPC programs. Having looked at programs for 10 years and talked to countless numbers of faculty, there is a pretty clear line or two of what makes a program a TPC program as compared to a general writing studies or rhet/comp degree program. This latter view that there is a “pretty clear line” is also informed by the faculty and working professionals who have been generous enough through the years to help do a version of inter-rate reliability on the programmatic data set that I have (see programmatic central for more on that).

Joanna Schreiber and I just defined what we think we are doing when we send our students out in the world. The definition of “critical pragmatic practitioner” (see the last section of this article) is one of my favorite definitions. The name of it is a bit too academic, but we wanted something to signal that tech comm programs are preparing students to find a job but to also be informed citizens in the world. The addition of critical (invoking the connotation and ways that cultural studies and comm studies uses “critical”) was key for us. I mention this definition because to be able to teach students to do the things that are part of that definition, faculty would need to have the same set of skills or be willing to learn those same sorts of skills. (Speaking of skills, the meta-synthesis of sorts I did with Sally Henschel still holds up if you wanna know what those skills are. I’ve updated this work and it’ll be in the programmatic book. But, not much has changed.) 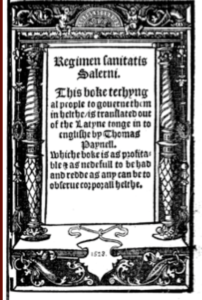 The key to a tech comm specialist and a critical pragmatic practitioner is being able to move theory to practice, to be able to critique but then produce something. The linchpin here is production and practice. This is where we need folks who can teach the tools and the critical awareness of them and then also teach a technological literacy that is key to the world of work (and in simply being in the world since so much of the world is technologically mediated). When I say production here that is embedded with all sorts of assumptions too. This doesn’t mean create a brochure in a visual rhetoric course or do some instructions in the service course. This means digging through all the layers of what goes into production and being certain that the thing produced is connected to something in the world. And most often for many of our students, that connection to the world is a connection to an organization’s business goals.

When I talked to another scholar/practitioner in tech comm, they said that they felt there was a disconnect between current folks knowing how to move theory to practice and that many folks are lacking in true digital skills. I would agree. And what I feel they were saying is that there is a complex negotiation between the ideal, the product, the goals of the organization, and the theory. Sometimes one has primary over another. It’s one thing to say that an onboarding document contains sexist language; it’s completely another in crafting a strategy to get that document changed without getting yourself fired. It’s hard work and it’s a key part of any tech comm job, that is, figuring out how to use the rhetorical skills and writing and communication skills we have to invoke action in an intended audience.

In the words of someone else I contacted with this query, “such a person [tech comm specialist] must have an interest in an application of tech comm outside the classroom… A tech comm specialist must have a legitimate, active, and demonstrated interest in non-academic settings where tech comm is taking place.” And I would add, that there needs to be an understanding that the majority of folks working as a technical and/or professional communicator are not wholly interested in the same things and issues that academics in TPC are interested in. This is an important distinction and one that circles back to ensuring that what we do in our TPC programs prepares students for the workplaces and lives they want to enter.

I understand the biggest criticism of this stance is that so many things in the world, including documentation and policies and the things that tech comm people produce, have often contributed to inequity and exclusion. I cannot deny that. But I also cannot deny that there is a balance necessary of teaching students the actual skills and how to apply them while helping them see the problems within systems. It’s definitely not an either/or binary. It’s definitely a both/and situation.

It’s just fine if an academic wants to focus on theory and conceptual models of [whatever], but in a tech comm program in the US, academics have to find a way to apply those strands to workplace settings in general, and technical and professional communication practice more specifically. A tech comm specialist can do that and teach that, which means making sure that theory is connected to practice in meaningful and realistic ways.

**All of the images in are from early modern vernacular medical textsVernacular Health and Healing or manuscripts related to early modern medicine (ca. 1375-1575). I have long been fascinated by this period of medicine and technical communication. Maybe one day I’ll find the time to finish that project 🙂 Til then, I needed something to break up the page.